Don't have much time to write. Just wanted to post some pictures from the last month or so.

We attended a fall fun day with our church. The boys had a great time painting pumpkins, riding horses, going on hay rides, and watching their father play tackle football... yes, tackle. Ron went to the chiropractor and had a massage the very next day. 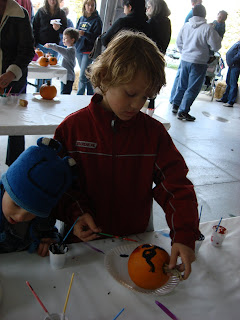 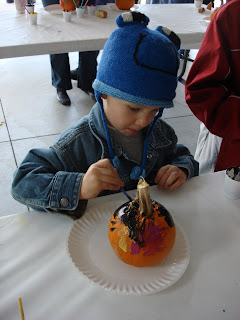 My boys went to a Halloween birthday party. 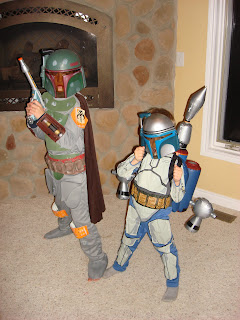 Ron's parents and aunt were in for a weekend and we really had a nice visit. 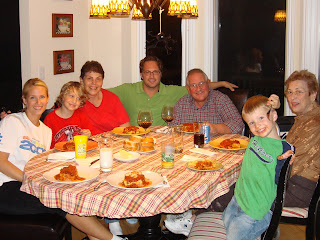 The Autism Speaks walk was amazing. I am so proud of Em and Jay. There was such a great turn out for the Curing Carson team and they raised a lot of money for the cause. There were thousands of people at the walk. All who have been touched in some way by autism...fighting this horrible fight for their son, daughter, grandchild, niece, nephew, brother, sister, cousin, friend. Today, 1 in 150 individuals is diagnosed with autism, making it more common than pediatric cancer, diabetes, and AIDS combined. Yet, autism receives less than 5% of the research funding of many less prevalent childhood diseases. 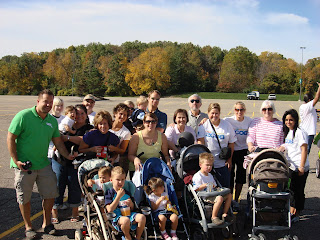 Our trip to the cider mill was delicous. We pigged out as usual but who would blame us??? The doughnuts were sooooo good! They were just a little crispy on the outside, still warm, oh so fresh. I wish I had some right now!!!! 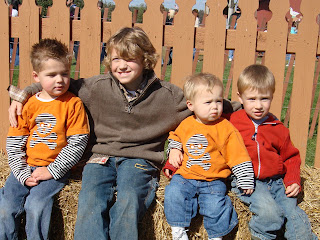 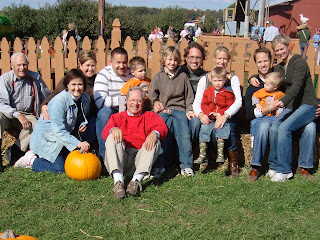 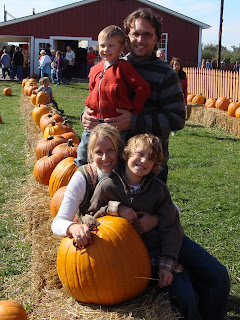 These last two pictures are of when we first arrived and the boys were saying hello. The boys love their cousins so much!!! You can see it on their faces! 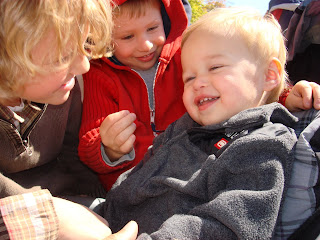 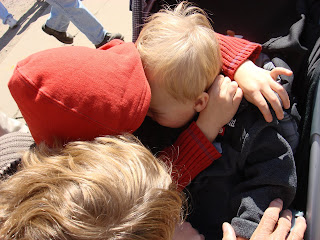 My MAC is BACK!

Now that my MAC is back online I can post some pictures!!!! Some of these are kind of old.

These were taken on local nature trail. My dad and I took the kids a few times this summer. They loved looking for walking sticks and then counting all of the wildlife we would find along the way. 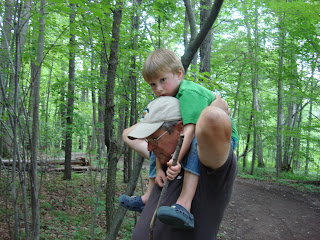 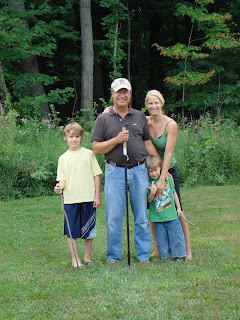 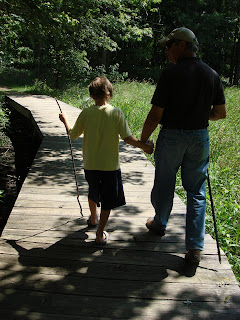 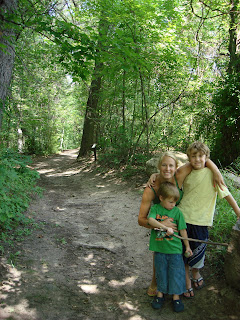 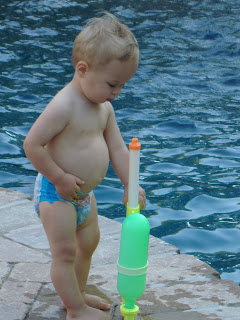 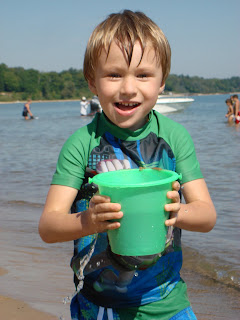 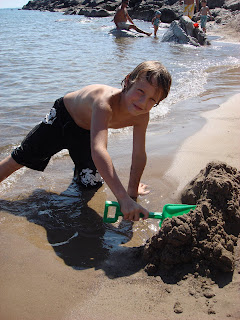 Before we knew it, it was the first day of school. 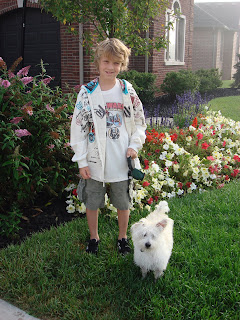 Summer is over. The leaves are all changing and there is a chill in the air. We have attended quite a few fall activities that I can't wait to share! More to come!
Posted by Our Journey To Eden at 2:52 PM 1 comment:

Today marks 18 months in our official wait for Eden. Today is extra special because I received word from our agency that our dossier is in review. After our dossier was logged in, it sat on a shelf... until today. Our paperwork is now in the "review room". While there it will be meticulously checked to be sure our paperwork is complete, correct, and that we meet the criteria to adopt. Although I am confident that things will go smoothly, you never know. If CCAA has a question or needs further information about anything in our dossier, we will be delayed months. This wait is already long enough so say a little prayer that things go well. No news is good news. We will be notified when our dossier (and everyone else who was logged in during April 2007) has left review. This little bit of progress and that fact that we were notified on our 18th (my lucky number) month anniversary is just the little boost I needed. It makes me feel like our adoption is meant to be and will happen.

October has been quite an exciting month. It began with referrals arriving. They completed the typical 6 days this month. Then about two weeks later another batch arrived. Referrals typically are sent about every 30 days. This batch was only for one day and didn't include everyone logged in for that day but it was unexpected good news for those families that did receive them. Then about a week later there was big drama with USCIS. The petition I posted about and the situation surrounding it was quite a scare. Fortunately, the petition (among other efforts) was successful. USCIS has extended the allotted time parents can file the I600. However, if our adoption takes longer than six years to complete we will need to file the new form. God I hope it doesn't take that long. Thousands of families breathed a sigh of relief that the adoption that they have waited so long for, will not be over. My friend Lynn happened to be one of the many who without this issue being resolved would have quite possibly not been able to proceed with their adoption. I happened to receive word about USCIS extending the I600 while at work. Lynn's son Chris was sitting right next to me.... so cool and so weird. Out of all the classes I teach and all the student I have... he was the one sitting there! Honestly, I could have cried right there in class in front of 25 seventh graders. I shared what I found out with Chris and then called Lynn. It is so weird how we are bonded in some cosmic kind of way. Lynn has said that we were "meant to be friends" and I couldn't agree more!

Please visit this site and sign this petition. This effects thousands of waiting families, including us.

Click Here
Posted by Our Journey To Eden at 12:44 PM 2 comments:

Their Leap of Faith

Through online groups and blogs I met a couple who were also adopting from China. They happened to be with the same agency we are. We visit each other’s blogs and sometimes email. We met in person during our trip to Chicago for the East Meets West adoption conference last April. They leave today for China. Waiting for them is their son Jacob. If you would like to follow along with their journey you can visit their blog listed at the right titled "Our Leap of Faith". They will be blogging while in China.

Have a wonderful trip Kevin and Violet! Congratulations!!!
Posted by Our Journey To Eden at 7:07 PM 2 comments: